Scarlet Cheng is an arts writer and college adjunct professor.  She is a regular contributor to The Los Angeles Times, The Art Newspaper, and Artillery art magazine, and has been published in ARTnews, The Wall Street Journal, The New York Times, Vogue, and many other publications.

Please scroll down to read the Curator’s Statement. 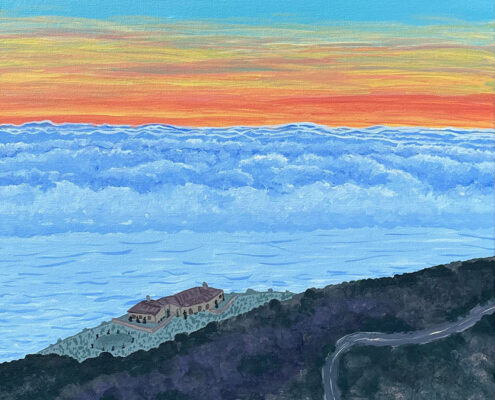 As someone who writes regularly about art, I see a lot of it, often at museums and art galleries, but also at art fairs and in private collections. While there are certainly differences in taste, and I have mine, I think there are basically two perspectives for looking at art.  One is based on subject/content; the other on the physical, which would include most of the things art students are taught from the beginning – composition, color, technique, materials, and so on.  For me, both are equally critical. There are occasional works I admire for their sheer technical virtuosity – as I did at a recent art fair where an artist executed drawings of overlapping lines and grids, creating mesmerizing patterns.  However, what really moves me are works that marry great technique with arresting subject matter.

Recently, I visited the Denver Art Museum, and had a chance to see “Whistler to Cassatt:  American Painters in France” – a major exhibition about American artists who traveled to France in the 19th century to learn from the “masters” – those who were considered the masters of Western art at the time. Several women braved the trip, and they were barred from the prestigious École des Beaux-Arts, so they took classes at private studios.  Among them was Mary Cassatt, who would later be the only American to show with the Impressionists – themselves breakaways from the official Salon that took place every year. There was a whole section of her paintings in this exhibition, mostly mother-and-child portraits for which she became famous.  While Cassatt’s technique is wonderful and rather charming, I don’t find it exciting or exceptional.

I have always been more drawn to Cecilia Beaux, whose ease in handling paint has been compared to John Singer Sargent, another one of my favorite painters. She had several works in this show, but I was reminded of her painting “Man with the Cat” in the Smithsonian American Art Museum in Washington, DC – I grew up in the area, and often visited this museum.  Beaux portrays a patrician East Coaster (her brother-in-law) dressed in a linen suit, and her handling of white on white is virtuosic. Seated on a wooden chair, he looks out confidently with his bushy mutton-chop whiskers. His face is stern, like a schoolmaster’s, but his slightly slouched posture and that sleepy orange tabby lounging on his lap soften this portrait, and make him seem approachable, perhaps even interesting. That cat gives him soul. Here, style and substance are beautifully combined.

Turning to our exhibition here at Palos Verdes Art Center, I found it a pleasure to see works that were submitted. It’s heartening to know that during these last two, very difficult years, people were still making art. Art can be so many things, it can be self-expression, communication, a whimsy, a manifesto, or sheer bravado. I think art can also be healing, both for the maker and the viewer. The fact that the artists submitted their work with the goal of showing in public, also tells us art is a form of sharing. Hopefully, among this cornucopia of expressions, you will find the work that speaks to you.